Bolton Castle is a photographer’s dreamscape. Not only is it among the more well-preserved castles in England, but there is also ceaseless medieval entertainment. Because parts of the castle have crumbled away, the lines and shapes that the eye are drawn to are magnificent. The eraser of time has opened up most of the roof of the castle. The English climate has painted exposed walls black and green and yellow and grey and beautiful.

We approached Bolton Castle from the west. One of the more memorable moments from our walk to the castle was when we came upon a large manor. There we were greeted by a sheepdog running hither-thither on the porch, barking and braying. Around the backside of the house, the owners kept a small enclosure with pygmy goats. I stopped to shoot some of them and got one of my favorite shots from the trip: 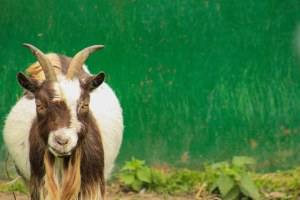 Shortly after passing the goat enclosure, we crested a hill and were awarded this magnificent view: 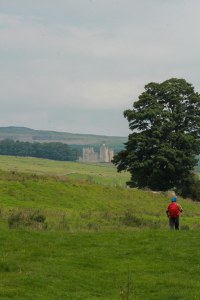 As we got closer to the castle we were greeted this time by an ovine rastafari:

Much of Bolton Castle is falling apart. For historians, this might be a dreadful loss. To the artist, and anyone with some imagination, it is a gift. Before I get too swept away in my artistic vision, let me share the parts of the castle that are intact which function as part of the tourist attraction.

Perhaps the most famous person to have lived at Bolton Castle was Mary, Queen of Scots. Queen Mary was imprisoned in the room below in Bolton Castle for nearly six months. The photo on the right is a detail of the room’s small window. 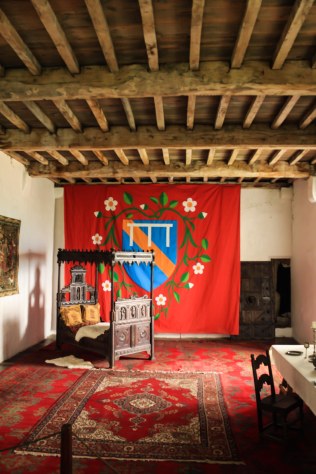 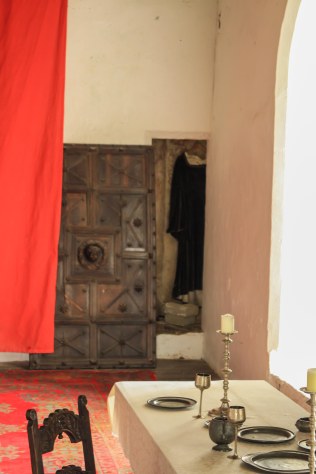 In July of 1568, Queen Mary was imprisoned in Bolton Castle while Queen Elizabeth I investigated Mary’s in the involvement of the murder of her second husband Henry Stuart, Lord Darnley. In January 1569, Mary officially left Bolton to be taken to Tutbury in Staffordshire where she remained for the last 18 years of her life until execution.

While historically and technically Mary was a prisoner at Bolton Castle, allow me to shed some light on the circumstances of her “imprisonment.” Mary had 51 knights and servants with her during this period. Only 30 men and six ladies-in-waiting however were housed in the castle. The others stayed nearby in local accommodations. Throughout her time in the castle Mary learned English, for previously she spoke only French and Latin. She hunted, she went for walks on the grounds, she was waited upon by her attendants. I digress.

Bolton Castle has a full-time falconer who puts on multiple shows daily. This in and of itself is worth the trip. Hearing the birds soar, and the history that our falconer gave about the birds and the tradition was fascinating!

There is an amazing garden maze on the grounds of the castle. I found it pretty easy, but then again, I could see over the hedges. My little friend had to cheat and fly through the maze. He’da been there a long time otherwise.

The toilets in the castle are still intact and were quite amusing to me.

Here are a few more shots of intact parts of the castle.

Probably not an original candle. 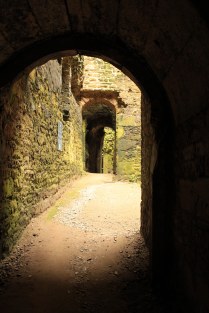 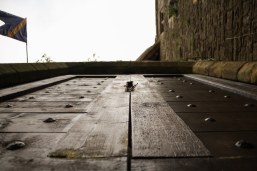 My girlfriend (and now business partner) and I have been unbelievably busy the last two months starting our new travel business! I haven’t made much time to write; this article took me nearly that whole time. Regardless, things are settling down after our first trip to Costa Rica. Yes, there will be an article on one of our favorite places in the world, which will include numerous photos of monkeys. We are in the midst of planning our second trip to Tuscany May 11-18, 2013. We are also working on our website, branding ourselves, a name, and all that fun stuff. Keep posted as we will be announcing all of that very shortly!